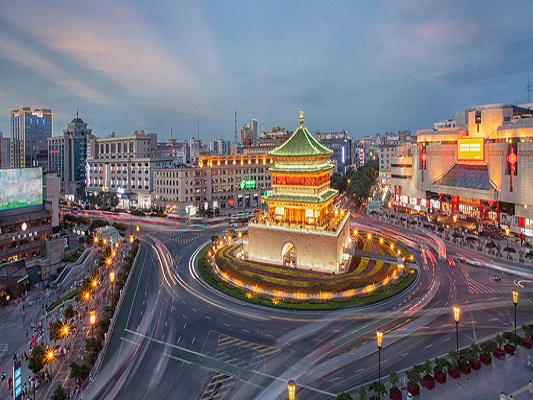 IDCNOVA news:After Alibaba and Tencent,Baidu also landed in Xi’an,West China.At the Fourth Silk Road International Exposition and the Investment Trade Forum for Cooperation between East&West China held May 11 to 15,2019 in Xi’an,Baidu signed an agreement with the local government.A green,energy conserving,advanced hyper scale cloud computing center will be established in the Xi’an National Civil Aerospace Industrial Park.Occupying around 84,667 square meters of floor space,this site will hold 100,000 servers,which is the first one at such scale by Baidu in West China.During this expo,Xi’an Aerospace Park signed 22 projects altogether and the total investment amount is 57.1 billion yuan.

According to the White Paper on China Cloud Computing 2018 by China Academy of Information and Communications Technology,the market volume of China cloud computing 2018 is estimated to reach by 90.7 billion yuan,and the volume of public cloud is 38.3 billion yuan,accounting for 42%。It’s estimated that the cloud computing market will reach 18.6 billion yuan by 2021,the public cloud is 90.3 billion,accounting 49%and the CGAR is 33 within 3 threes’period.

IDC predicts that the overall growth of public cloud in China will keep at 41.0%in the next 5 years,and PaaS will perform as the fastest growing sector,the CGAR will exceed 55.7%.

Leading Chinese cloud operators like Alibaba,Tencent,UCloud are expanding ceaseless and starting to competing with international giants like AWS,Microsoft,etc.Another analyst agency released a report that although the market volume exceeding 100 billion yuan for China cloud computing,the market penetration rate is only 5%to 7%,still at a early stage.

On January 15,2019,the decision on acceleration to promote the construction of new type small cities was issued and clearly indicated to accelerate the development of informationization,digitalization and intelligence of Xi’an,promote the modernization of its urban governance system and capability,fully forge a“digital and intelligent Xi’an”,strive for building up a new typed smart and model city in China.

Although a late comer in cloud computing among BAT,Baidu is rapidly deploying and developing in recent years,which has ranked top 3 in terms of revenue upon soaring increase in the aspects of users,operational income and traffic flow.

According to the person responsible for Baidu Cloud Computing(Xi’an)Center,this site will support Xi’an National Civil Aerospace Industrial Park to construct a featured big data industrial ecosystem and forge up a new growth pole as well as provide pivotal power for local economy.

In November 2017,at the 1st Shannxi Belt and Road Science&Technology Innovation and Entrepreneurship Expo held in Xi’an,Tencent signed an official cooperation agreement with Xi’an Municipal Government to build up Tencent Cloud(Xi’an)Big Data Center and this had been launched since August,2018.

In addition,back to the 2016 Silk Road International Exposition and the 20th Investment Trade Forum for Cooperation between East&West China held between May 13 to 17,2016 in Xi’an,Tencent inked a cooperation agreement with the Organizing Committee of Xi’an High Tech Zone and the Tencent Cloud Base was announced to land in the Software New Area of Xi’an and will open cloud resources to the entrepreneurs in the software campus.

After 20 years’development of China internet industry,three leading tech giants Baidu,Alibaba and Tencent emerged to become the first-tier pattern of so-called“BAT”.In the past 5 years,BAT totally invested in 30 listed companies and hundreds of non-listed ones.Among the top 30 Chinese start ups not listed in terms of market value,80%of them were backed up by BAT.And now,BAT has all landed in Xi’an.

Behind the various locations of BAT in Xi’an

As for the choice,Baidu replied that,Xi’an National Civil Aerospace Industrial Park is the national strategic emerging industries cluster and also the functional area to build up Xi’an into an international metropolitan city.Actually,compared with other development zones in Xi’an,Xi’an National Civil Aerospace Industrial Park has many advantages matching the strategic configuration of Baidu cloud computing at high level.