Why did China Southern Power Grid invest 10 billion to build an energy data center in Gui'an?

A few days ago, China Southern Power Grid Corporation signed a framework cooperation agreement with the Gui'an New District Management Committee in Guizhou Province, and it will invest about 10 billion yuan in the construction of the Southern Energy Data Center in Gui'an New District.

The Southern Energy Data Center is an ultra-large data center built based on China Southern Power Grid’s information A-level standards. The first phase of the project plans to build 1,560 10-kilowatt high-density racks, which are scheduled to be officially put into operation in December 2022. The data center is positioned as the production data center of the power system and the remote disaster recovery center. After completion, it will provide energy digital services to the whole society. In the future, the Southern Energy Big Data Center will deploy the power grid company’s computing resources to provide services such as computing and data to accelerate the opening of digital grid capabilities to the society.

The investment in the construction of the Southern Energy Data Center is not a spectacular sudden move. As a state-owned backbone enterprise in the energy and power industry, China Southern Power Grid Corporation has achieved remarkable results since it initiated the digital transformation and digital grid construction: creatively proposed the "digital grid" theory, structure and method system, The “Three Platforms and One Center” consisting of a cloud platform of China Southern Networks, an Internet of Things platform, a digital power grid platform, and a data center integrating cloud and data will be fully built...

The backbone OTN network of China Southern Power Grid (the optical transmission network) covers a total of 102 sites including the headquarters of China Southern Power Grid, the remote data-level disaster recovery center of the Southern Power Grid, the headquarters of the five-provincial division of the company, the ultra-high voltage company, and the peaking and frequency modulation company. It adopts a single wave of 100G. OTN technology can provide large-bandwidth communication capabilities of 400G in the main ring and 1000G bandwidth in the service convergence section, and can realize ultra-high-speed interconnection of 10 Gigabit bandwidth between network and provincial companies.

The project research solves the unique technical problems of the power grid, will greatly alleviate the current dilemma of insufficient bandwidth of the backbone optical transmission network, and provide a "high-speed broadband information highway" for the digital transformation and digital grid construction of China Southern Power Grid. It has created a high-speed and reliable "digital base" for Digital South Net.

In addition to digitization and the construction of computing power resources, China Southern Power Grid has not stopped in its main business - energy.

To achieve carbon peak and carbon neutrality, energy is the main battlefield and electricity is the main force.

We are serving the emerging technologies industries and building the industry ecosystem. Currently, IDCNOVA has influencial media platforms in China and started bulding various media platforms to build the bridge between China and the world since 2020, and there will be the industry highlights, our latest events and company servive and products updates.

Why did China Southern Power Grid invest 10 billion to build an energy data center in Gui'an? 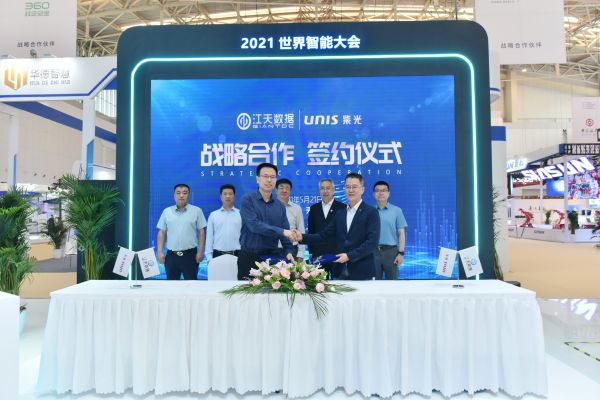