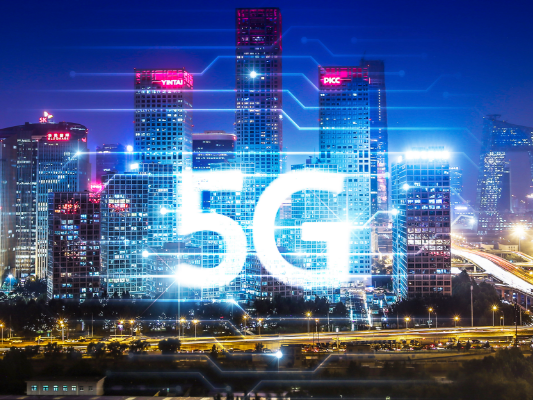 Germany is drafting rules to allow Chinese companies to participate in the 5G bonanza,while the European Commission is thinking of banning them.Something’s got to give.

In terms of collective political influence and economic power,the European Union could consider itself more or less on par with the US and China.Considering the Union represents the societal,political and economic interests of 28 nations,more than 500 million people and roughly$23 trillion in GDP,it is certainly a powerful concept.But the China issue is just one example of how its neatly stitched patchwork could unravel very quickly.

China is a very tricky equation to balance right now.On side,you have an incredibly powerful economy,a massive and increasingly wealthy population and technological advancements which could benefit almost every society.However,to access these riches you have to deal with a government which ideologically conflicts with a lot of what Europe stands for.

But this is where a potentially significant conflict lies.The European Commission is reportedly looking at how it could create a de facto ban for Chinese technology and kit in communications infrastructure,conflicting with some of its member states positions.The Commission is supposed to represent the interests of all its member states,creating a common framework which sits above national policies,but if these policies are a contradiction of opinions of some member states the perfect storm could be brewing on the horizon.

Germany is not talking the anti-China rhetoric

The most recent reports echoing out of Berlin will not have the US government jumping for joy.Local newspaper Handelsblatt is suggesting the German government is doing everything it can to write security protections into new regulation,however,the rules will be written in a manner which will not exclude Chinese companies.

The reports have not been confirmed by any official government spokespeople as of yet,though this does follow on from the Federal Office for Information Security(BSI)made in December.

Aside from recent reports the European Commission is rewriting cybersecurity rules to effectively ban Chinese companies from providing technology for communications infrastructure,one of its Commissioners has also fuelled the anti-China rhetoric.

“I think we have to be worried about these companies,”Commissioner for Digital Single Market Andrus Ansip told reporters in December.Ansip was referring to companies such as Huawei and ZTE,while this statement implies the Commission believes there are strong ties between multi-national corporations and the Chinese government.

With Germany seemingly working to ensure collaboration with Chinese companies remains possible,the UK creating monitoring mechanisms to enable Huawei’s work and Italy denying reports it is considering its own ban,the European Commission appears to be working in direct contradiction to some of its largest member states.

To be fair,the role of the European Commission is to serve all the states not just the big ones,but the point of the bureaucracy is to create a common framework which all agree on,not rules which are forced onto member states.Cynics of the Commission and Union in general will suggest this is perhaps more evidence of Juncker and co.attempting to create a United States of Europe,where the desires of the member states are secondary to that of the ruling party.

Although many of these conspiracy theories are generally relegated to the comment boards of the Daily Mail,the Commission might well be heading towards a monumental conflict.Any rules which are written at European Commission level would potentially render national regulations redundant,a scenario those member states would not be happy with.

Considering the shoddy state of affairs Brexit has been creating,perhaps the European Commission should attempt to create an image of co-operation and collaboration.Antagonising leading member states is not a sensible idea,while a‘state v.Europe’conflict over security is not something which will reflect favourably on the agency.

Is politics anything more than arguing with shiny teeth?

Caught on the fringes of this conflict and the constant political seesawing are the telcos.Governments often tell the telco industry they are there to help and enable innovation,but it seems most of the time politicians are nothing but a hindrance attempting to score PR points by pandering to buzzwords and public opinion.

With governments aiming to ban Huawei and ZTE from connectivity plans,several telcos have stepped into the fray to give their own opinion.The message seems to be relatively consistent;heighten security requirements if you must but banning a vendor in an incredibly top-heavy market will not be a good idea.

Deutsche Telekom is another who foresees any Huawei ban being nothing but problematic.The German telco has previously stated a ban on Huawei would set its 5G ambitions back two years.Several telcos are considering scaling back work with Huawei,but this is perhaps directed more towards the uncertain political climate than any outright worry regarding the security credentials of Huawei equipment.

European telcos are not dependent on Huawei equipment to function effectively,but they are somewhat reliant on it.There aren’t enough suppliers,or good-enough suppliers,to strike Huawei out of the mix.US telcos are not having to deal with this headache as their operations adapted to a lack of Huawei and ZTE years ago,Europe is struggling with the political seesawing and story of uncertainty.Any business leader will tell you,a consolidated,cohesive and concrete regulatory landscape is critical for success.

Huawei stuck between a rock and a hard place

Huawei is a company which now has no control over its own fate.

With the US parading around political offices spreading its anti-China message without the burden of evidence,Huawei can’t do anything.Numerous governments are asking the vendor to prove its security credentials,but this will mean little is there is still suspicion.The case against Huawei is not based on evidence,but one which is based on a political and economic power struggle.

With a lack of evidence to substantiate any accusations against the firm,Huawei is being asked to do something which has been accepted as almost impossible;prove a negative.All of the questions and queries being directed at the firm have a single aim,to demonstrate there are no ties between the organization and the Chinese government,as well as its intelligence agencies.

It’s an almost impossible task,especially when you take into account the powerful influence of the US and the fact most of these decisions are being made on hearsay,circumstantial evidence and emotion.Whatever Huawei says,however much evidence is put on the table,we suspect opinions have already been made.

An issue of consistency and contradiction

In a single signature,the European Commission could throw the bloc into disarray.If the rumours evolve into reality,the European Commission could impose its own rules,contradicting the hopes and ambitions of some member states.Such a scenario would question how much control the member states have over their own society,undermining the concept of sovereignty.

Any fundamental changes would certainly have to be greenlit by all member states,but the European approach to China on the whole,and Huawei specifically,has not been entirely consistent.One question which might be worth considering is whether the European Commission is overstepping its remit.

We are almost certain Germany will not be happy being told to ban Huawei considering it seemingly wants to ensure Chinese participation in the upcoming 5G bonanza.Conflict is on the horizon,potentially pitting the European Commission against the biggest financial contributor to the bloc.