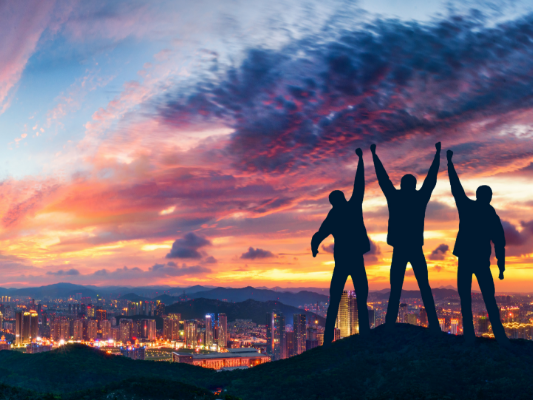 Qualcomm may be facing fire for its licensing practices, but it managed to reach an interim agreement with one previously resistant handset maker.

Huawei will pay Qualcomm $150 million each quarter, Qualcomm Financial Chief George Davis said during a call with analysts about the company's financial results.

Huawei and Apple were the only two major companies still fighting with Qualcomm over its licensing terms. Reaching a deal with Huawei -- even if it's currently only interim -- alleviates some worries about the company's future in charging handset makers for using its technology. Qualcomm continues to battle Apple in courts around the world. The two will face off over patents in March and over licensing in April, both on Qualcomm's home turf of San Diego, California.

Qualcomm CEO Steve Mollenkopf on Wednesday said he's confident in the company's prospects when it comes to the ongoing litigation over its licensing practices.

"We continue to believe that over the course of 2019, we will reach a resolution on the key outstanding issues in our disputes with Apple through settlement or litigation, and we are prepared for both outcomes," Mollenkopf said Wednesday during a call with analysts.

Huawei, for its part, also facing legal battles. Just Monday, the US slapped it with 23 indictments for alleged trade secret theft and fraud.

Qualcomm is the world's biggest provider of mobile chips, and it created technology that's essential for connecting phones to cellular networks. The company derives a significant portion of its revenue from licensing those inventions to hundreds of device makers, with the fee based on the value of the phone, not the components.

Because Qualcomm owns patents related to 3G, 4G and 5G networking technology, as well as other features like software, all handset makers building a device that connects to cellular networks have to pay it a licensing fee, even if they don't use Qualcomm's chips.

The FTC in January 2017 accused Qualcomm of operating a monopoly in wireless chips, forcing customers like Apple to work with Qualcomm exclusively and charging "excessive" licensing fees for its technology, in part by wielding a "no license, no chips" policy. Qualcomm's practices prevented rivals from entering the market, drove up the cost of phones and in turn hurt consumers, who faced higher handset prices, the FTC said.

Qualcomm battled the FTC in a San Jose, California, courtroom for most of January. The FTC wrapped up its antitrust case against the company on Jan. 15, and Qualcomm rested its defense Friday. Both sides presented closing argumentsTuesday. The trial has revealed the inner workings of tech's most important business, smartphones, showing how suppliers wrestle for dominance and profit. Mollenkopf on Wednesday said he believes Qualcomm will ultimately prevail in the antitrust case.

"The trial reinforces the important role we play in the mobile industry," he said. "This is especially critical now as we enter the early innings of 5G, the first mobile generation that is truly shaping industrial policy." At the same time, Qualcomm continues to negotiate a settlement with the FTC, Mollenkopf said.

"If we think that we can find a resolution, we would take that to try to remove this risk off the table," he said. "This is not a statement on how we feel about our case, but this is an important element and we continue to work it."

The comments came as Qualcomm reported fiscal first-quarter earnings that were better than it had expected. It also projected revenue for the second quarter in line with analysts' expectations.

Other chipmakers haven't fared as well when it comes to quarterly results and projections. Intel, Samsung and others have estimated lower sales than expected because of weakness in China. Davis said Qualcomm's business -- both chip sales and licensing -- has been doing well in China, but "demand in China has been substantially lower than we would have estimated for total demand in China."