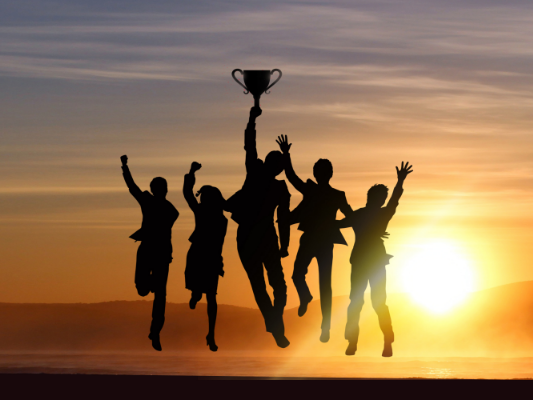 Huawei finds itself in an unenviable position.Absent proof that it doesn’t have deep ties to the Chinese intelligence apparatus is not enough to prove an absence of the same.

Perhaps one of the most aggressive companies in the world,Huawei’s greatest strengths—dedication to customers and products,relentless expansion,and a work-first culture—just aren’t applicable to its current situation.The company’s greatest weaknesses—opacity and an insular culture—are working directly against it.

But just because Huawei is the scapegoat of choice in the ongoing tension between the US and China,doesn’t mean it won’t survive this rough period.

Huawei has been under a harsh spotlight since 2012 when the US Congress released a report naming Huawei and ZTE as potential threats to US national security.Since then,this bugbear has hung over both companies—Huawei more so than ZTE,however—and it came to the forefront again almost two years ago with the formal implementation of China’s National Intelligence Law.

In previous eras,access to information from the outside about China was severely limited,sometimes intentionally so.However,in the Information Age,Chinese domestic policy has a direct impact not only on foreign policy but also on issues related to market access.

The National Intelligence Law is a case in point. Passed on June 27,2017 by the National People’s Congress and effective just one day later,the Law has been cited by foreign governments as a primary point of concern for any Chinese company operating abroad.Media and experts mostly cite the clauses in Article 7 that mandate cooperation with China’s national intelligence work.

Indeed,the whole issue around Huawei raises much bigger questions about global security and intelligence.In 2013,Edward Snowden revealed to the world a global surveillance initiative led by the US National Security Agency and three other Five Eyes partners(the UK,Australia,and Canada).The Snowden revelations offered direct evidence that not only were the fears officially stated by the US government valid,but that the US government was also engaged in similar activities.

As TechNode contributor and China Tech Investor co-host Elliott Zaagman has pointed out elsewhere,much of Huawei’s problems stem from them being“stubbornly Chinese.”While not incorrect,this could be said about almost any Chinese company.Huawei is getting so much attention more for being the“tallest tree to catch much wind”(shuda zhaofeng)due to its stunning success outside of China and that it operates in telecommunications,a sector considered potentially sensitive.

Huawei is a fierce company,but one that’s always shown a deep dedication to its customers and products,favoring intense competition over dirty marketing tactics common in the Chinese market.From what I have seen and experienced—I previously worked for a vendor that serviced Huawei—the company’s culture puts productivity over everything else and creates a meritocracy around very aggressive KPIs.

As a service provider,this can make it very difficult to work with,but as a customer the company is the epitome of a customer-centric company,breaking the“choose cost,speed,or quality”rule that governs most businesses.Their customers routinely praise Huawei for its low price,high quality,and dedicated customer service.

The recent public relations push from Huawei’s founder has little to do with market access,however.The company’s biggest areas of growth lie in emerging markets and developing countries while even in the EU,UK,and Japan,customers are still looking to Huawei for upgrades,maintenance,and new equipment.

Ren Zhengfei’s recent media roundtable certainly won’t be enough to convince skeptical policymakers.The US has made it clear that it will neither present evidence tying Huawei to the Chinese state nor does it believe they have to prove their claim.The real issue for Huawei,however,is whether it will face similar punishment as ZTE did,cutting it off from licensing US patents and perhaps even a full export ban of chips.

Unlike ZTE,however,Huawei is in a much better position to deal with these repercussions.Not only do they have their own chips in development and production—the Ascend 910,Ascend 310,the Kirin 980,and Kunpeng 920—but their culture has been intentionally designed to survive in a hostile environment.The oft-cited“wolf culture”of Huawei has been incorrectly equated with a dog-eat-dog culture when actually it refers to the tendency to act as a group to fight off threats.

Ren Zhengfei’s recent letter to staff,interpreted by many as a sign of weakness,was,in fact,a call to continue what they’ve always done:set extremely ambitious goals and strive fiercely to achieve them.Huawei may be set for a very rough patch,but the company’s not going away any time soon.