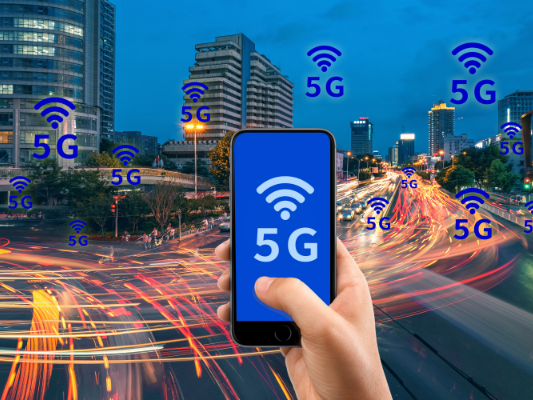 The US Department of Justice is rumoured to be pursuing charges relating to trade secrets theft against Huawei,while four politicians have tabled a bill for a ban similar to what ZTE faced last year.

Leaving the Department of Justice for the moment,a bi-partisan collection of politicians have tabled the so-called‘Telecommunications Denial Order Enforcement Act’,a proposed bill which would compel the White House to ban Huawei from using US components and IP within its supply chain.The ban would be the same punishment ZTE faced early last year.

“Huawei and ZTE are two sides of the same coin,”said Democratic Senator Chris Van Hollen.“Both companies have repeatedly violated US laws,represent a significant risk to American national security interests,and need to be held accountable.Moving forward,we must combat China’s theft of advanced US technology and their brazen violation of US law.”

Aside from Van Hollen,Republican Senator Tom Cotton,as well as Representatives Mike Gallagher(Republican)and Ruben Gallego(Democrat)are also supporting the proposed bill.This should hardly come as a surprise as the ZTE ban was imposed for violating the exact same trade sanctions which Huawei has allegedly ignored.

The saga surrounding the ZTE ban was short-lived,incredibly volatile and almost fatal.After being found violating trade sanctions,US Department of Commerce’s Bureau of Industry and Security(BIS)imposed a denial of export privileges order against the firm,denying it access to any US suppliers.President Trump stepped in to save the firm,which looked doomed as a result of the ban,before Congress blocked his efforts.Eventually a resolution was reached,though ZTE has been skating on thin ice since.

If precedent is anything to go by,Huawei should face the same punishment should it be found guilty of the same activities.Last month,Huawei CFO Meng Wanzhou was arrested in Canada,accused of violating the same trade sanctions with Iran using a suspect firm known as Skycom.Meng has been released on bail and awaits trial,though it appears the four politicians are already presuming guilt.Or maybe they are just being prepared.

Perhaps this is a sign the politicians do not believe President Trump is committed to precedent and appropriate action.The actions against ZTE smelt suspiciously like one of Trump’s strategic moves in the on-going trade war with China,though perhaps he did not realise he would have to do the same 12 months later,potentially antagonising the Chinese government with a move which is not in the grand plan.

The politicians might be tabling this bill to make sure Trump can’t find a reason not to ban Huawei.Following the arrest,Trump seemed to suggest in an interview with Reuters that he would be willing to make the Canadian charges go away if it would help him the US in its dispute with China.

Not only does this completely undermine the standing of the Canadian judicial system,but also suggests Trump is willing to bend(or break)rules to bring the Chinese government to its knees.Perhaps Congress does need to be proactive to make sure the President follows the rules,taking appropriate action instead of whatever ludicrous idea floats in the breadth between his ears.

What is worth noting is the stance of Huawei executives.Clearly,they do not agree with anything which is going on,but both Rotating Chairman Guo Ping and Rotating CEO Ken Hu put across messages stating the resilience of the business.Ping and Hu suggested a ban would not impact the Huawei supply chain in the same manner as it did ZTE.

Heading back to the Department of Justice,the Wall Street Journal has reported the agency is pursing charges against Huawei concerning theft of trade secrets.

An indictment should be heading over to the Huawei offices in the near future,focusing on allegations the firm stole robotic mobile-testing technology from T-Mobile.The technology,known as Tappy,mimics human fingers and is used to test smartphones.A civil case between T-Mobile and Huawei over the technology was filed in 2014,though after a criminal investigation the Department of Justice feels it is appropriate to step in and raise criminal charges.

This case is a separate concern from all the other chaos which has surrounded the firm in recent months,though it will be just as concerning as the punishments can be incredibly severe.

The primary federal law that prohibits trade secret theft is the Economic Espionage Act of 1996,which allows the US the U.S.Attorney General to prosecute a person,organization,or company that intentionally steals,copies,or receives trade secrets.If the case if brought against an individual,the punishment could be as much as 10 years in prison or a$500,000 fine.However,we suspect the government would want to punish the firm not an individual,as Huawei would simply claim that person did not represent the company culture,in-line with White House aggression against China.

If a conviction is made against a company the fine can be increased to$5 million.However,if the Attorney General can prove the theft was made on behalf of a foreign government,this would be considered the silver bullet for the White House,corporate fines can be doubled,imprisonment could be 15 years and proceeds derived from the theft can be seized.

In short,Huawei has found itself in another uncomfortable position in the US.It does not appear 2019 is going to be any better than 2018 on the US side of the pond for Huawei.