China has never had a real chip industry. Making AI chips could change that 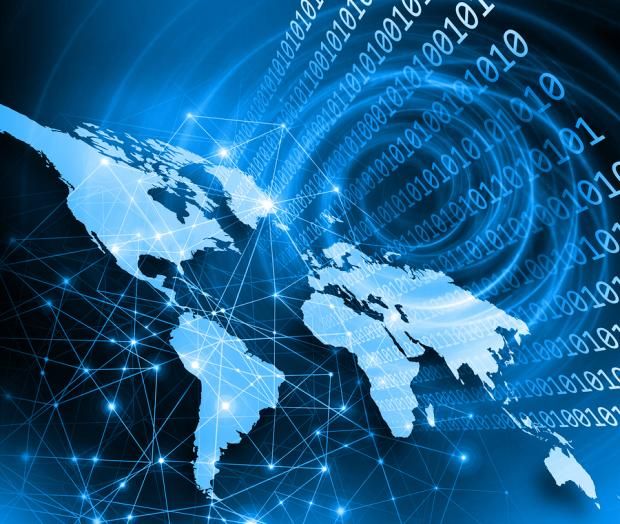 The Sophon AI chip is designed by Bitmain, a Beijing-­based company. COURTESY OF BITMAIN

This is happening in the city of Tianjin,about an hour’s drive south of Beijing,within a gleaming office building that belongs to iFlytek,one of China’s rapidly rising artificial-intelligence companies.Beyond guarded gates,inside a glitzy showroom,the US president is on a large TV screen heaping praise on the Chinese company.It’s Trump’s voice and face,but the recording is,of course,fake—a cheeky demonstration of the cutting-edge AI technology iFlytek is developing.

Jiang Tao chuckles and leads the way to some other examples of iFlytek’s technology.Throughout the tour,Jiang,one of the company’s cofounders,uses another remarkable innovation:a hand-held device that converts his words from Mandarin into English almost instantly.At one point he speaks into the machine,and then grins as it translates:“I find that my device solves the communication problem.”

iFlytek’s translator shows off AI capabilities that rival those found anywhere in the world.But it also highlights a big hole in China’s plan,unveiled in 2017,to be the world leader in AI by 2030.The algorithms inside were developed by iFlytek,but the hardware—the microchips that bring those algorithms to life—was designed and made elsewhere.While China manufactures most of the world’s electronic gadgets,it has failed,time and again,to master the production of these tiny,impossibly intricate silicon structures.Its dependence on foreign integrated circuits could potentially cripple its AI ambitions.

However,AI itself could change all that.New types of chips are being invented to fully exploit advances in AI,by training and running deep neural networks for tasks such as voice recognition and image processing.These chips handle data in a fundamentally different way from the silicon logic circuits that have defined the cutting edge of hardware for decades.It means reinventing microchips for the first time in ages.

China won’t be playing catch-up with these new chips,as it has done with more conventional chips for decades.Instead,its existing strength in AI and its unparalleled access to the quantities of data required to train AI algorithms could give it an edge in designing chips optimized to run them.

China’s chip ambitions have geopolitical implications,too.Advanced chips are key to new weapons systems,better cryptography,and more powerful supercomputers.They are also central to the increasing trade tensions between the US and China.A successful chip industry would make China more economically competitive and independent.To many,in both Washington and Beijing,national strength and security are at stake.

On the outskirts of Wuhan,a sprawling city a few days’cruise up the Yangtze from Shanghai,stands a factory that would span several football fields.It belongs to Tsinghua Unigroup,a state-backed microchip manufacturer.By the end of 2019,the factory will be producing silicon wafers that will then be cut into advanced memory chips.

Tsinghua Unigroup aims to expand the Wuhan facility to three times its current size,at a total cost of$24 billion.It’s developing two similar sites,one along the Yangtze in Nanjing and another further west in Chengdu,at similar cost.They will be the largest and most sophisticated chip factories ever built by a Chinese company.

It’s all part of an effort by China to drag its chipmaking industry forward.In 2014,the government established the National Integrated Circuits Industry Investment Fund,a subsidy program that plans to raise$180 billion from local-government-backed funds and state-owned enterprises.A year later,it released Made in China 2025,a sweeping blueprint for upgrading China’s entire manufacturing industry.This set the hugely ambitious goal of producing$305 billion worth of chips per year and meeting 80%of domestic demand for chips by 2030,up from$65 billion and 33%,respectively,in 2016.Today global production stands at$412 billion.

State-backed Tsinghua Unigroup showed off a microscope’s view of a chip at a recent high-tech expo in Beijing.NG HAN GUAN|AP IMAGES

There is still a long way to go.China is the world’s largest and fastest-growing market for semiconductors,but no Chinese chipmaker has broken into the top 15 globally in terms of sales.Advanced chips are primarily made by companies from the US,Taiwan,Japan,South Korea,and Western Europe.China’s big economic rival,the US,accounts for about half of global sales and half of China’s chip imports.

Beijing has been trying to build a powerful microchip industry for a long time.Researchers developed China’s first transistor not long after the device was invented in the US at the end of the 1950s.But the country fell behind as its universities and businesses went through the turmoil of the Cultural Revolution.In the 1960s,as the semiconductor industry began ramping up in Silicon Valley and Moore’s Law was articulated,China’s fledgling chip industry lay in ruins.

By the time the Chinese economy opened up in the 1980s,it was too late.Chipmakers partnered with foreign firms,but the manufacturing equipment they imported became outdated quickly,and they failed to produce even basic chips reliably or in sufficient volume.And even as China’s electronics manufacturing took off in the 1990s,bureaucratic missteps and the ready availability of high-quality imported chips stymied further government pushes.No Chinese company could match the decades of expertise at foreign firms like Intel,Samsung,and Taiwan Semiconductor.

Mark Li,an analyst at Bernstein who tracks the chip industry in Asia,estimates that China’s most advanced chipmakers are still at least five years behind.Since Moore’s Law describes a doubling of chip performance every two years or so,that’s a sizable gap.China does have numerous low-end fabs making the relatively simple chips used in smart cards,SIM cards,and even basic phones,but not the kinds of factories needed to produce advanced processors.

Why does China still struggle to make advanced chips when it has become so good at so much else?Basically,because it’s incredibly hard.The latest chips have billions of transistors,each with features only a few nanometers in size,crafted at the scale of individual atoms.They are so complex that it isn’t possible to take one apart and copy its design,as Chinese entrepreneurs have done with many foreign products.And even if it were possible,it wouldn’t provide the expertise required to design and fabricate the next generation.

“Manufacturing involves hundreds,even thousands,of technical challenges,”says Yungang Bao,director of the Center for Advanced Computer Systems at the Chinese Academy of Sciences and an expert in microprocessor design.“It will take a long time to catch up.”

Artificial intelligence may change the game.

Deep learning is an AI technique that has proved its power in recent years to do useful things like spotting disease in medical images,teaching self-driving cars to stay on the road,and parsing spoken commands.It works in a fundamentally different way from most software.

Deep learning uses large networks that roughly resemble the multiple layers of neurons in a biological brain.As a network learns a task,a cascade of computations occur in successive layers.The results of each computation alter the connections between each layer and the next;essentially,the network reprograms itself as it runs.Its ability to recognize objects in images isn’t the result of step-by-step logic operations,as in conventional programming,but gradually emerges as countless parameters inside the network are tweaked and re-tweaked through exhaustive training.

Researchers realized early on that the chips in game consoles,originally designed to be fast at rendering 3D imagery,are better for deep learning than general-purpose chips.And deep-learning algorithms are still mostly trained using scores of these graphics processing units(GPUs).One of the market leaders for GPUs is Nvidia,which built its business supplying hardware for gamers.But now Intel and others have designed powerful new chips for training deep learning.Even cloud software businesses like Google’s and Amazon’s are developing bespoke chips designed for their best algorithms.

Similar Chinese initiatives have been announced over the past year.In July,search giant Baidu revealed that it is working on a chip called Kunlun for running deep-learning algorithms in its data centers.And in September,the e-commerce powerhouse Alibaba said it would spin out a new company dedicated to making AI chips.Tellingly,the new company’s name is Pingtouge,a nickname for the honey badger,an African animal famed for fearlessness and tenacity.

The timing of the AI boom is fortuitous for China’s chipmakers.The deep-­learning revolution was gaining speed just as the government’s latest chip push got under way.AI chip design is still in its early days,and in this technology—unlike memory and logic circuits—the country is not hopelessly behind.

Kai Yu has already played a significant role in China’s AI revolution.A cheerful,bespectacled man who studied neural networks at college in China and Germany in the late 1990s and early 2000s,he founded Baidu’s Institute of Deep Learning in 2013,as the company became one of the first to bet heavily on AI.

Navigating Beijing’s morning traffic in the backseat of a Didi,Yu says the importance of chip hardware quickly became apparent when Baidu started pouring resources into deep learning.In 2015,he says,he suggested that Baidu make a specialized AI chip.But it seemed costly and far outside of the company’s expertise.So later that year,Yu left to found his own company,Horizon Robotics.

Horizon is focused on“application-­specific”microchips that run pre-trained deep-learning algorithms.It’s developing them for self-driving cars and smarter robots.But Yu thinks these chips will be everywhere before long.“If we look back in 10 years,”he says,“more than half of the computations on a device will be AI related.”

In one sense,the chip illustrates a lingering limitation of China’s capabilities—it was manufactured by Taiwan’s TSMC.But in another,it reflects China’s striking progress and ambition.The chip is one of the country’s first to include features as small as 7 nanometers.Smaller components make chips faster and more capable,but also a lot harder to design and manufacture,so this a significant coup for Huawei.Designs for the part of the chip optimized for deep learning come from a startup called Cambricon,founded in 2016 by researchers from the Chinese Academy of Sciences.Today Cambricon is valued at$2.5 billion,making it the industry’s most valuable startup.In October,Huawei announced another AI chip,called Ascend,that is designed in-house.

CHIP ON THE SHOULDER

China’s chip ambitions have rattled other countries,especially the US.Partly that’s because its efforts to gain access to technology have sometimes involved aggressive acquisitions,forced technology transfer,and,allegedly,industrial espionage.Chipmaking is key to military prowess,and the Obama administration sought to block Chinese attempts to acquire US chip technology long before Donald Trump arrived in the White House.It’s one of the few issues that unite US politicians.

“Artificial intelligence is transforming the world.”

In April 2018 the US banned one of China’s leading tech companies,ZTE,from using US chips because it had broken a ban on selling equipment containing US technology to Iran and North Korea.In October,the US said the memory-chip maker Fujian Jinhau,a company accused of stealing trade secrets,would need a special license to buy US-made components.These restrictions may partly be a response to property theft and unfair trade,but they also look like an effort to slow China’s chipmaking progress.

Yet a trade war may only hasten China’s ascent.“People in China realized that the US can easily stop their progress,”says Bao at the Chinese Academy of Sciences.“It will probably speed things up.”

However fast it happens,China’s march to advanced chipmaking is all but unstoppable.No true superpower can afford to outsource technology that is so critical to both its economic growth and its military security.And after decades of playing catch-up,the country is finally seeing opportunities to establish mastery of the field.