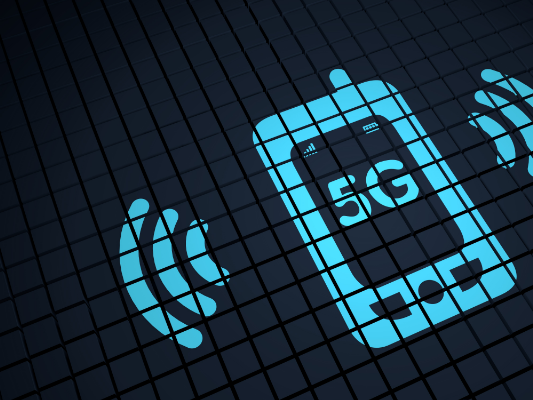 Developers of early 5G cellular phones are facing a common challenge: finding features beyond raw wireless speed to differentiate their devices from one another. Separate reports today suggest that Huawei and Motorola are working on very different flagship-caliber devices — one foldable, one modular — for release in 2019.

Of the two phones, Huawei’s is more likely to be both distinctive and expensive. According to South Korean publication ETNews, Huawei has shown Korean carriers a “more complete than expected” version of an upcoming folding 5G phone. Like the folding device unveiled by Samsung earlier this month, Huawei users would carry a single device that appears to be a thick, wallet-like phone, but opens up to reveal a mini tablet-sized screen.

As depicted in a rendering, Huawei’s version uses a trifold design, combining a 5-inch phone screen with an 8-inch tablet screen. The smaller screen remains unfolded on the outside, while the larger one folds in half and gets stacked underneath the other display. ETNews reports that Huawei’s screens will be larger than the ones in Samsung’s device, which could carry a $1,500 price tag.

One surprise with the Huawei folding phone is that it’s apparently planned to debut first in South Korea, as U.S. availability is considered to be questionable due to network security concerns. That would mean the Chinese-made phone will directly compete against Samsung’s “Galaxy F” alternative on the latter’s home turf. Huawei’s phone is expected to be announced at the Mobile World Congress in 2019, and potentially ready for release between March and April.

A separate report from XDA Developers says that Motorola is working on a new 5G phone codenamed Odin, a modular flagship based on a next-generation Qualcomm Snapdragon 8150 chipset. The site claims that Odin will likely be a North America model phone for Verizon, work with the previously announced 5G Moto Mod, and possibly carry the Moto Z4 name. It is expected to run Android 9 Pie, potentially with an in-screen fingerprint scanner, and one configuration will include 32GB of storage with 4GB of RAM.

None of these features is particularly surprising given that Motorola and Verizon already released the similar Moto Z3, billed as the world’s first 5G-upgradeable smartphone. But there’s one key difference: The Z3 has a Snapdragon 835 processor, which is already a generation behind current flagships, leading some to question whether the Z3 will offer any 5G functionality beyond just a super-fast hotspot.

Using a newer and faster CPU would potentially enable Odin to use a higher-resolution screen and leverage 5G for superior 3D graphics, if not 3D photography. Also known as the Snapdragon 855, the unreleased and officially unannounced Snapdragon 8150 is rumored to use a 7-nanometer manufacturing process, including one prime Gold CPU core along with three supplementary Gold cores and four “little” Silver cores that could be differentially activated to provide additional horsepower as needed.

Unlike Huawei’s folding 5G phone, Motorola’s Odin doesn’t yet have a predicted announcement or street date. But its feature set suggests that it will be considerably more affordable than the dual-screened Huawei and Samsung designs, if not quite as interesting.