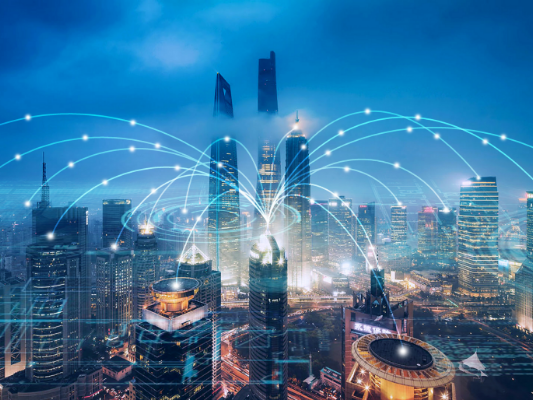 Emerging technologies help city make the most of its tough terrain

Topographically treacherous Guiyang has used innovation to transform its geological disadvantages into advantages, especially during the most recent stage of reform and opening-up.

Its mountains have proved to be development hurdles, sometimes literally, in areas such as transportation infrastructure. Yet that very geology is now proving to be a boon rather than a bane for the development of Guiyang and surrounding areas in Guizhou province. That is because it is seismically stable, and its altitudes produce relatively steady, cool temperatures year-round, which makes it ideal for big data infrastructure.

Guizhou’s data economy grew by 37 percent last year, and its value addition is expected to account for 30 percent of the province’s GDP by 2020.

Guiyang has ranked No 1 among provincial capitals in GDP growth for the past five years. Its GDP reached 353.8 billion yuan ($50.9 billion) last year, about 79 times the 1978 figure based on comparable prices, with annual growth averaging 12.3 percent over the past four decades. The city’s big data is transforming sectors such as agriculture, healthcare and transport cargo across the province, country and world.

Truck driver Gao Dabao said big data collection in Guiyang has changed his life through a single app – Huochebang. He used to find work by driving around shipping centers throughout the country, looking at lists hung on lobby walls to see what goods were being sent when and where, and for what price.“It was inconvenient and tiring,” Gao said. “Now, I just search Huochebang to find cargo to drive. It’s easy.”

Based in Guiyang, Huochebang is the country’s largest shipment information internet platform. It links 5.2 million trucks with 1.25 million users – businesses and individuals – who want cargo transported. “Our main target is to solve problems in the informatization of truck and cargo matching,” said Zhao Qiang, vice-president of Huochebang. “This can lower logistics costs, which benefits all of society.“We’ve grown rapidly since we arrived in Guizhou in 2014, when big data was booming. Big data helps us understand more about such areas as trucks and human behaviors. So it empowers the industry.”

A bird's-eye view of the skyline of Guiyang City

Big data also enables the establishment of credit systems and conflict mediation, he said, adding: “There were often disagreements due to a lack of credibility. Drivers are graded according to big data. That can extend to loans.”In the past four years, Huochebang has grown from a small acorn into a unicorn, a startup valued at $1 billion.

“The market for truck drivers is huge – so huge that it’ll be worth more than 1 trillion yuan in the near future,” Luo Peng, vice-president of Manbang Group, which owns Huochebang, said in June.“The domestic logistics supply is very fragmented. China now has around 1.5 million logistics companies and tens of millions of truckers. As an industrial internet platform, we need to ramp up resources to better serve the drivers via emerging technologies such as big data and artificial intelligence.”

Guiyang ranks in the top 10 Chinese cities for computing power, according to the 2018 China AI Computing Power Development Report released at the 2018 AI Computing Conference in Beijing in September. Industry investment has increased tenfold in the past year, while the computing power of artificial intelligence has grown by 230 percent and the amount of data has expanded by 50 percent.

Big tech giants such as Apple, Qualcomm, Huawei, Tencent, Alibaba and Foxconn have regional headquarters in the city as well as cloud-computing and big data centers. Per capita disposable income in Guiyang’s urban area was 32,186 yuan last year, up by 11.9 times in real terms compared with that of 1980, with annual growth averaging about 7.2 percent. The figure for rural areas was 14,264 yuan, 12.2 times more than in 1980 in real terms, with an annual average growth of about 7.2 percent.

Looking ahead, Guiyang seems poised to expand the data industries that transform its geology from a stumbling block into a launchpad in the next stages of the reform and opening-up in the new era.