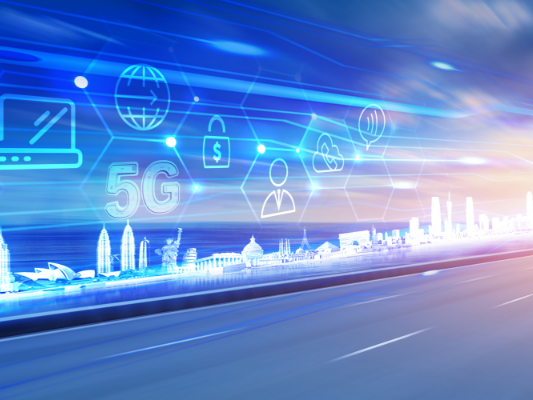 While much of the excitement over next-generation 5G cellular networks is focused on high-speed smartphones and tablets, some carriers also expect “fixed 5G” wireless modems to replace wired broadband in homes. Now Huawei is showing off 5G home broadband routers it’s calling “the first 5G commercial terminals in the world,” alongside British carrier Three UK, which has announcedplans to offer 5G services starting in the second half of 2019.

Today’s announcement comes with a couple of caveats, namely that Huawei’s 5G modems were actually preceded by Inseego hardware already deployed in Verizon’s October 5G launch in the United States, and that Huawei’s role in U.K. 5G deployments remains a question mark due to lingering international security concerns. That said, while Huawei’s tube-shaped 5G home modem looks a lot like Inseego’s, the latter is based on pre-standards 5G, while Huawei’s will follow the international 5G standard.

The performance of the Huawei-Three UK 5G solution is expected to differ significantly from the Verizon-Inseego offering. Huawei is promising that its modem will deliver a peak download speed of 2Gbps, with an average of 1Gbps for a single user, but Three UK apparently expects to deliver only 100Mbps to customers. Contrast that with Verizon’s current home 5G service, which promises a typical speed of 300Mbps with a 1Gbps peak — a narrower range with superior standard performance.

One reason for the difference is that Three UK is focusing on lower-bandwidth, easy-to-deploy 3.4GHz “C-Band” radio spectrum, while Verizon’s deployments are relying on higher-bandwidth but more difficult to install 28GHz millimeter wave small cell towers. Huawei and Three UK are demonstrating peak 5G speeds between 3-4Gbps over millimeter wave, but 3.4GHz spectrum is reaching slower peak speeds in the 1Gbps range.

Even so, 100Mbps broadband speeds could be enough to win over wired cable modem customers. A local study commissioned by Three UK suggests that U.K. customers see an average wired broadband speed of 46.2Mbps, so 5G has the potential to double their performance at a lower price point, as well as avoiding the extended waits and challenging installations associated with wired solutions.

Huawei expects that Three UK’s 5G services will first be released to the U.K. public “in densely populated urban areas and train stations,” with full commercial use later in 2019. Rival carrier EE recently named 16 cities for its 5G launch in 2019, starting with Belfast, Cardiff, Edinburgh, and London, while Vodafone is targeting six locations for 2019 with plans for a 1,000-site rollout in 2020.