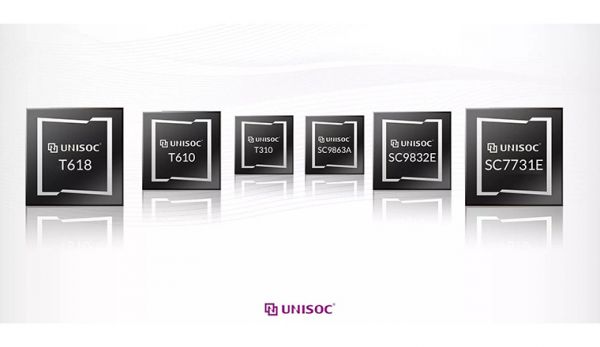 Introduction: After Intel sold its baseband chip business, there are only a handful of market players for 5G chips. At present, only HiSilicon and Samsung have successfully self-developed baseband chips by mobile phone manufacturers, as well as Apple, which is still under development. Apart from self-developed manufacturers, there are three companies, Qualcomm, MediaTek and Unisoc.

As the China IC design leader, Unisoc, has initiated a series of changes in the past two years, from the management team, development strategy, to the company's management system have been fully updated.

At the capital level, Unisoc has started preparations for listing on the STAR Market and is expected to officially land on the Sci-tech Innovation Board in 2021; at the product level, Unisoc has also accelerated the layout of 5G products, including mobile phone chips, IoT chips, and automotive chips.

"Now we may have to launch nearly four mainline products a year, and the speed of development will be faster and faster in the future, because the current research and development efficiency has been greatly improved, which is also brought about by the changes in the management system.” Unisoc CEO CHU Qing said in an interview with 21st Century Business Herald and other media, "Next year is a great year to look forward to, because the new products planned by the new team will be launched in the second half of this year.”

At the same time, the 5G mobile phone chip Huben T7520, which has already been launched, is the 5G SoC mobile platform released by Unisoc at the beginning of this year. It is the world's first 6nm EUV process chip.

Unisoc Executive Vice President ZHOU Chen introduced to reporters that T7520 will soon reach the status of CS (commercial sample), and a series of 5G SoC products planned based on T520 are also on the way. We will see updated products soon. Mobile phones equipped with Zhanrui's 6nm 5G chip will be mass-produced.

After the reorganization of Unisoc, the outside world has paid much attention to the progress of its products and business, especially as it is currently in the 5G introduction period. It is crucial that Unisoc can seize the opportunity during the communication generation upgrade.

CHU Qing recalled: “When Unisoc was first founded, it started in the 2G era. The progress of 2/3/4G products lags behind the industry’s leading level. It took us a year last year to integrate the first 5G chip. The plan is two years ahead of schedule. When I joined Unisoc in December 2018, the original plan was that there might be the first set of 5G chips around June 2022, but in fact, on May 15 this year, our first mobile phone customer’s 5G mobile phone has already put into mass production and start to retail, this is also a huge change. In the past, the products were always pushed back, but now the products are greatly improved. “

At the same time, all of Unisoc business systems were overturned and relaunched. “The original business was all concentrated in one business unit—the Consumer Electronics Division. Then we established the Industrial Electronics Division. Department sales are almost 100 million U.S. dollars, and this year’s growth rate may still reach 150%.” CHU Qing said.

In terms of customer expansion, Unisoc is also reorganizing. In the field of consumer electronics, ZHOU Chen said: “We are constantly optimizing our customer structure. The number of customers is not the most important. We even stopped some past customers in the past few months. , We must put the limited resources in the customers who can generate the most value. For example, mobile-related platforms. In the past year, we have introduced a lot of new brand customers, and we are still introducing some customers who have not yet made progress, but the users who are about to enter are very large, and the equivalent of a project may be a few. One amount for ten customers. "

Regarding the impact of the epidemic, ZHOU Chen said that most of Unisoc’s previous mobile phones were sold overseas. Therefore, the first half of the year was greatly affected by the epidemic. Since July, the mobile phone business has fully recovered to the level of the same period last year. “ Even since September,  each month has achieved substantial growth over the same period last year. Looking at the whole year, we will actually have a good growth.

Talking about the next product trend judgment, ZHOU Chen told reporters that due to the impact of the epidemic and the demand for high cost performance, the low-end 4G equipment has increased very quickly this year. “Because we do more low-end 4G equipment, so all Customers have increased year-on-year this year, and this trend may still exist in the next two to three or three to five years.”

Secondly, "the demand for the sales of large-screen products has also increased significantly. The demand for such products this year has actually tripled compared to previous years. There is a large amount of overseas demand because of the online education.“ ZHOU Chen said.

Competition in the 5G Chip Market

After Intel sold its baseband chip business, there are only a handful of market players for 5G chips. At present, only HiSilicon and Samsung have successfully self-developed baseband chips by mobile phone manufacturers, as well as Apple, which is still under development. Apart from self-developed manufacturers, there are three companies, Qualcomm, MediaTek and Unisoc.

The competition between them is also multi-level. On the one hand, it is the choice of advanced manufacturing processes. At present, most of the high-end 5G mobile phones, including Apple, are equipped with Qualcomm 7-nanometer baseband chips. Huawei uses its own 5nm 5G SoC chip. However, the 5nm 5G chip released by Qualcomm will be used in mobile phones next year, and Samsung’s latest 5G chip has also chosen 5nm. Recently, MediaTek said that it will launch 6nm 5G chips soon, and Zhanrui has chosen the 6nm process.

When talking about why Unisoc chose the 6-nanometer process, CHU Qing said: "The process node selection itself is very fatal for semiconductor companies, especially in the post-Moore era. 6-nanometer is a very important node, and it gets the Improvement made on the basis of 7-nanometer strong. We chose 6nm because the EUV application is more mature and the supply is sufficient. “

He also mentioned cost considerations: "5nm is a step deeper than 6nm and 7nm in terms of use, but it will bring new problems. For example, EUV (Extreme Ultraviolet Lithography Machine). EUV uses 5 nanometers more than 6 nanometers and 7 nanometers, but can it reduce the cost? This is a huge question mark. “

"Next year these companies that rush into the craft wall will encounter similar problems. Which level to choose, there will be multiple nodes appear at the same time," CHU Qing told reporters, "Choosing it (process) is really like gambling. You have to lock this node at least 18 months in advance, or develop it yourself, and there is a problem whether the IP is mature or immature.”

And every leap forward in process technology is a money-burning game, and its full of technical challenges. With the mass production and commercialization of more chip products, there will be new changes in the 5G chip market pattern in 2021.

On the other hand, with the gradual reduction in the cost of 5G mobile phones, thousands of yuan phones have begun to become popular, and the competition of 5G chips has also covered high-, mid- and low-end products in various price ranges. 6-nanometer chips have their advantages in the mid-range market, and competition has also been more intense. In the white paper "5G Digital World-Built on Chips" jointly released by Unisoc and Omdia, it mentioned that in 2019 and the first half of 2020, the competitive stage of 5G baseband chips is mainly concentrated on high-end flagship models. As production capacity matures, there has been a significant sinking, and mid-range chips have become the target of all manufacturers.

At the same time, the focus of chip manufacturers is not limited to mobile phones, and the frontal competition in various application fields of 5G is going on. The R16 version of the 5G NR standard was frozen by the 3GPP several months ago, and the R17 version standard is also being developed. The white paper points out that this means the beginning of another round of market competition, "It’s just that the target market is no longer limited to consumer electronics such as mobile phones. Products, but also cover new application scenarios such as the Internet of Things, industrial automation, and smart cities. 5G and other communication chips will be mounted on terminal devices with more diversified and more demanding requirements, supporting the ecology of the entire digitalization process. Such an attractive huge market will become the next high ground for the next communication chip manufacturers to occupy. “

In addition, another variable in the 5G market next year is Huawei. When talking about the progress of cooperation between Unisoc and Huawei, ZHOU Chen said: “We have always emphasized compliance. Whether we are with Huawei or any company, we pay special attention to this thing. In the current situation, we emphasize compliance even more. For all products, all customers are also emphasizing compliance in all aspects of our agreement, including R&D, so we don’t have more special practices. “

If you want to deep into any specific topics related to the industry to get more insights, please contact pm.s@idcnova.com or order our syndicated/custom report.  Also, welcome to check our enterprise services to see how we can help you.