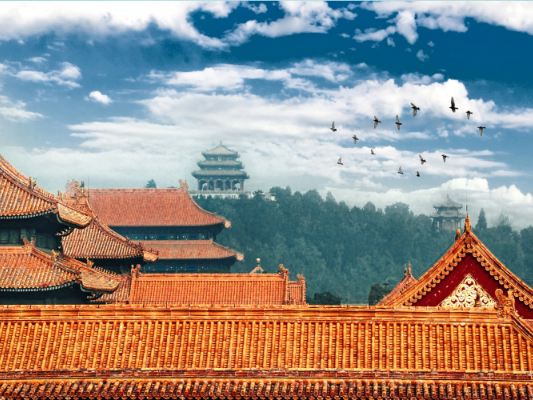 IDCNOVA Commentary: With the arrival of big data era,it’s tending to rely on data computing and analysis for the daily life of ordinary people.In addition,the booming 5G and edge computing are driving this tend even further.And it can be translated that the traditional IT industry has upgraded to data industry.According to Seagate,in the past 2018,China has generated 7.6ZB of data,and it will reach 486ZB by 2025.

Big data is playing a influential role in the economic development.According to the related statistics,the revenue of big data industry in Beijing 2018 has exceeded 1 trillion yuan.On the flip side,to proceed with efficient data processing,data center at various scales are flooding to launch,the power consumption to be generated will definitely cause unbearable burden for Beijing,such a super metropolitan city.

By the of end of 2018,the quantity of hyper scale data centers in Beijing was 5,large scale,medium-sized and small scale were 11,42 and 107 respectively,the total quantity was 165 and total racks 153,000.

Just in such circumstances,to adapt the development of data center industry to its construction ideology,Beijing Municipal Government issued lots of corresponding data center policies,which can be summarized as below.

1.Depend on the Beijing Economic Cycle and the Bohai Economic Rim,cooperate with other regional cities to promote high power consumption data centers moving away.

4.Banning of new data centers across Beijing,except that cloud computing data centers with PUE lower than 1.4 could be constructed outside the downtown area and Tongzhou District.

Take those above points into consideration,it is easy to find out that there are two options in front of the existing data centers in Beijing market.

One is to upgrade the traditional data centers into more power saving and greener data centers as per the relevant requirements.For those green data center qualifying requirements,Beijing Municipal Government would grant favorable policies.Meanwhile,for those data center enterprises adopting green energy saving technologies and products for upgrading,subsidiary could be applied accordingly.It’s reported that the green data center evaluation standard in Beijing market has been issued and will be implemented in the future.

Another one is for those old and worn out data centers not capable of upgrading,they will be moved away.In other words,Beijing would not long be the hot bed for data center enterprise in the future.However,the surrounding cities would benefit from this trending and even bring about a domino effect in the not far away future for the industrial pattern.

At present,Beijing is starting to cooperate with surrounding areas like Zhangbei and Langfang,encourage various data center enterprise to construct new databases or move the established there.What’s good for such move is that located in the surrounding rim around Beijing,the transportation is convenient and the cost for land and energy is low,plus the suitable environment.Taking Zhangbei as an example,the annual average temperature is just 2.6℃,thus a lot of air conditioning cost could be saved.The Alibaba Zhangbei Data Center is designed with a PUE of 1.25,which is largely owing to the favorable climate.

It’s difficult to assume that in the near future,considering the current trending,data centers in Beijing will gradually wear a“green hat”.As for those unable to upgrade green reform,they will be gradually moved away to the surrounding area of Beijing like Zhangbei and Langfang,and take these two areas as core base to form up a Beijing big data rim,loosen the power consumption pressure of Beijing and contribute economic development vigor for the relevant areas,so that forge a domino effect towards economic development caused by the“greener”data centers in Beijing.