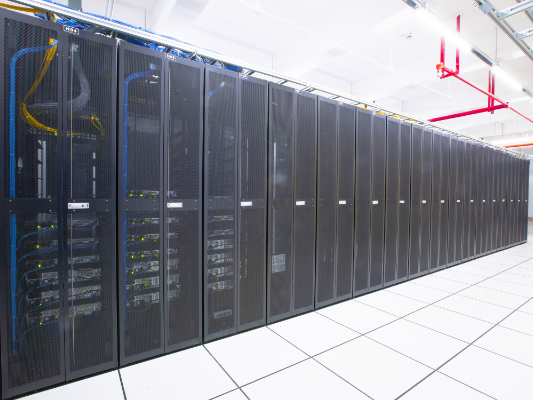 IDCNOVA Commentary: As is well-known,the regulations on data center PUE in recent years are tightening as strict target,from 1.5 to 1.4 and now 1.3.Particularly,with the new policies in Chinese first-tier cities including Beijing,Shanghai,Shenzhen,the tolerance is on the verge of limit for the high power consumption,on the other hand,new growth are incubated for the nearby areas,even a restructuring pattern will be brought about in the following time.

At present,the PUE is basically over 2.0 for those data centers under operations more than 5 years.Some newly built ones could reach below 1.5 even 1.3,but maybe not so accurate,because the the PUE indicator should take reference from the testing statistics all the year.To be honest,for promotion or inspection measurements,some operators probably play some tricky way like turn off or winter testing to get a higher grade.

In fact,it relates to many procedures if a data center truly want to be strict on its PUE.For instance,the Alibaba Zhangbei Data Center,it’s designed at PUE of 1.25,that’s greatly owing to the annual average temperature of 2.6℃.It could be assumed at least 10%addition to the PUE indicator only the single part from heat dissipation if it’s located the subtropical Guangdong Province,southern China.

As a cliche issue,the top priority for the location of a data center falls in the power source.If it’s distant to the source,unstable power supply could cause loss a lot.Currently,the data center power supply are applied with secondary conversion,which means power transmitted to the computer machine room after connecting UPS from the power plant.But during this process,loss acts inevitably.Even the best UPS,its highest conversion rate is just 96%,and it could reduce to around 88%under full loading mode.In other words,if contribution to data center PUE calculated just from UPS,it’s 1/0.88%=1.136.That leads to impossible target under 1.3 without other power supply means introduced.Although high-voltage direct current adopted,the conversion efficiency is not certainly higher than that of UPS.

Besides power supply,the cooling efficiency of a data center also effects PUE a lot.The heat amount generated from the machine room in use could be awfully enormous.Each year,the operators spend quite a lot on the air conditioning cooling aspect,otherwise downtime occurs.That is to say,except the normal power consumption from servers,the majority of rest part are all consumed by the cooling system.Thus,how to lift the heat dissipation efficiency,reduce the cooling systematic expenditure,which is always the hot topic.The major solutions are cooling due to wind,water and evaporation,as well as the relatively expensive liquid cooling.

To emphasize,the tightening restrictions on data center construction in first-tier cities are driving for the suitable construction solutions.Adopting micro module or confined tube plus near end cooling is a good trend.Only by this,PUE could be lower at the basic architect level and will cause significant effect towards the whole industry.

The profit margin of the traditional equipment operators could be squeezed.If there is not new solutions integrated with the overall programme of micro module,one could even not participate in the data center construction bidding in the future.Thus,more and more operators and vendors,even venture capitalists would pay more attention on the micro module.

The second problem existing in other industries would also emerge in the data center field,which is the similarity of products.To survive in the future data center construction,operators must spare no efforts to differentiate from others.But for many SMEs involving micro module,they do not have sufficient capital or competitive cost,not to mention construct machine rooms by themselves or those integrated solutions with large scale architect,ranging from the cloud platform to powers of wind,coal and hydroelectric,what they can only carry out is to divide the overall operations into highlighted,differentiated solutions,for example,appearance or detailed management as the starting point.Only with this,they could avoid being trapped in the vicious cycle of pricing combat.

Opportunities for areas nearby first-tier cities

At present,the development of big data has fulled various fields and industries.But for the first-tier cities like Beijing,Shanghai and so on,the high power consumption generated from data centers has already made them unbearable.Hence,local authorities restrict the quantity and standard of newly built data centers and encourage the moving away of established data centers.

The future development of data center is kind of like the manufacturing,gradually retreats from Beijing,Shanghai and other first-tier cities to the nearby areas,which brings about huge opportunities to stimulate some emerging databases,like those in Guizhou,Zhangbei,Inner Mongolia and so on.And a data center economic cluster around the first-tier cities will boom to contribute local economic growth.

Besides the conventional air conditioning cooling system,new and cutting edge are emerging constantly in the aspects of data center heat dissipation.But the reason of slow promotion is mainly due to cost,liquid cooling in particular,which makes the incubation period longer even it really reduces cost in the same period compared with the conventional air conditioning.

Power consumption,security and pricing are a ultimate balance game to turn out received solutions among the data center operators,equipment providers and clients.From the strategic level,governmental organs requires minimum PUE,while clients care about the security and pricing most.As for the operators,they will choose the cutting edge to reduce the power consumption only if their interest not effected.Although someone suggests cooling via natural waters like rivers and lakes,even locating the data center on the floating island and boat,but only when applied to local condition,they could be fulfilling,unable to be promoted in a large scale.

The obvious power consumption brought about via many new technologies,but the preliminary construction cost could be too much high for the operators,turning out to transferring costs to the clients via cabinet lease and cloud service,etc.It’s not apparent to discover the advantage of power consumption if not through years’operations,and thus the technology could be recognized by the market.