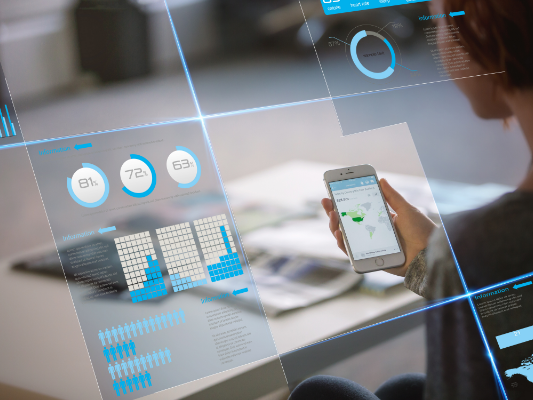 Shares of GDS Holdings (NASDAQ:GDS) jumped on Tuesday after the Chinese data center operator reported its third-quarter results. GDS beat analyst estimates for both revenue and earnings, and it boosted its full-year outlook. The stock was up about 9.8% at 3 p.m. EST.

GDS reported third-quarter revenue of $111.1 million, up 79.7% year over year in local currency and about $8.3 million higher than the average analyst estimate. Area in service rose 89.3% year over year to 147,342 square meters; the commitment rate for area in service was 96.3%; and the utilization rate was 68.3%.

Earnings per share came in at a loss of $0.02, $0.03 better than analysts were expecting. Adjusted earnings before interest, taxes, depreciation, and amortization jumped 125.3% year over year to $43.8 million. "Despite macro market conditions, we continue to see strong demand for high-performance data center capacity in China from across our customer franchise, driven mainly by cloud adoption and AI deployment," said GDS CEO William Huang.

GDS is growing quickly, but it's also taking on a tremendous amount of debt. Total debt, including capital leases, stood at $1.79 billion at the end of the third quarter, up nearly 100% in local currency since the end of 2017.

Through the first nine months of the year, interest expense exceeded GDS's gross profit. Gross margin was 22% in that period, down from 26.1% in the prior-year period. While GDS impressed the market with its third-quarter report, revenue is the only number moving in the right direction.

This Marijuana Stock Could be Like Buying Amazon for $3.19

A little-known Canadian company just unlocked what some experts think could be the key to profiting off the coming marijuana boom.

And make no mistake – it is coming.

Cannabis legalization is sweeping over North America – 9 states plus Washington, D.C., have all legalized recreational marijuana over the last few years, and full legalization came to Canada in October 2018.

And one under-the-radar Canadian company is poised to explode from this coming marijuana revolution.

Because a game-changing deal just went down between the Ontario government and this powerhouse company...and you need to hear this story today if you have even considered investing in pot stocks.